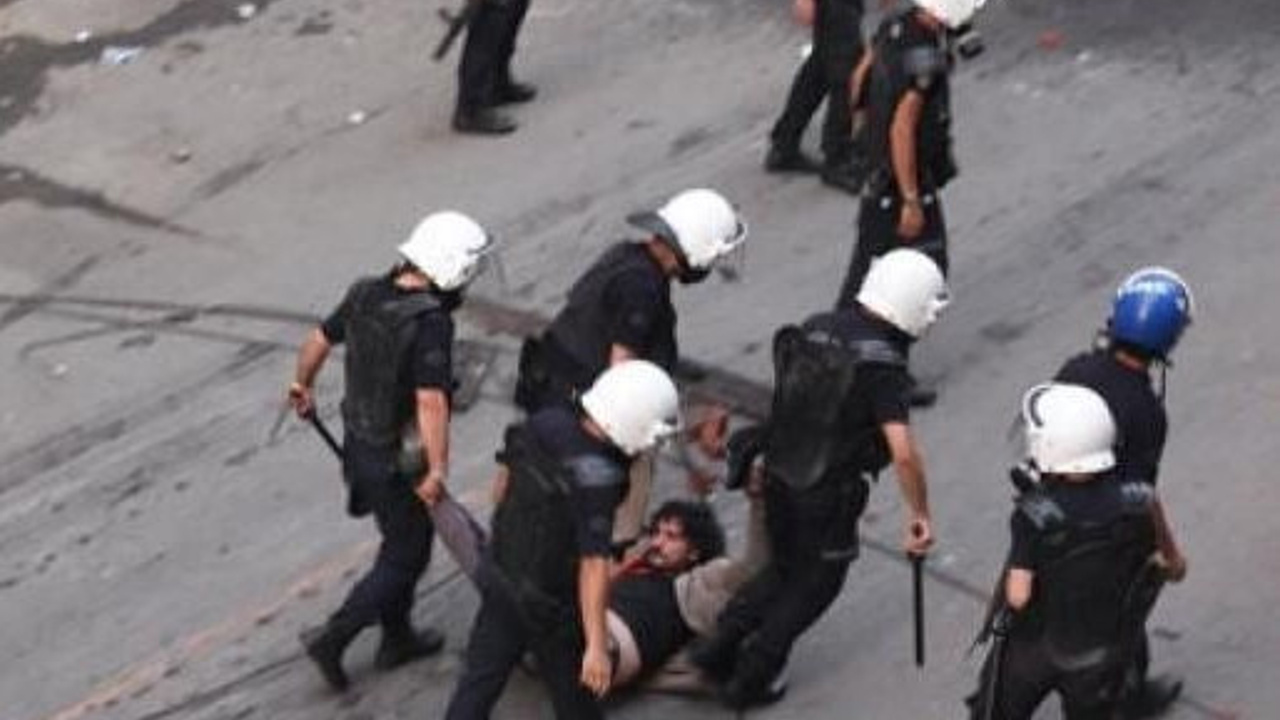 Police officers who perpetrated violence against journalist Gökhan Biçici will appear in court at the end of 9 years, following 2013's Gezi Park protests. Biçici continued his legal struggle despite the decision "There is no room for investigation" and the police will appear in court on June 30 after the Constitutional Court's verdict that "freedom of expression and press freedom were violated."

After the recent heavy sentences in the Gezi Case, another trial related to the Gezi Park protests of 2013, there were experienced new developments with the decision of the Constitutional Court. The Istanbul 6th Criminal Court of Peace has decided to prosecute the police officers who perpetrated violence against the dokuz8NEWS Editor-in-Chief Gökhan Biçici, following the decision of the Constitutional Court of "violation of rights". Journalist Gökhan Biçici was subjected to police violence while following the incidents during the Gezi Park protests of 2013; however, “Exceeding the limits of the authority to use force” for the accused five police officers and the relevant law enforcement officers; "insult"; "There is no room for investigation" for the crimes of "violation of freedom to work".

Istanbul 6th Criminal Court of Peace, in its decision, the Istanbul Chief Public Prosecutor's Office 2014/79864 - 2021/135880 S.K. He evaluated the appeal against the "no place for investigation" decision. In the decision, it was stated that the Constitutional Court restarted the investigation concerning violence against journalist Gökhan Biçici in 2013 which led to no investigation due to the expiry of the statute of limitations." Evaluating that the statute of limitations was "contrary to procedure and legislation", the court accepted Gökhan Biçici's objection and decided to "revoke the decision not to prosecute". The said decision was returned to the Istanbul Chief Public Prosecutor's Office, together with the investigation file. The first hearing of the case, which was opened at the 48th Criminal Court of First Instance with the indictment prepared by the Office of the Chief Public Prosecutor, will be held on 30 June 2022.

"The police violence I was subjected to in Istanbul's Şişli on June 16, 2013 during the Gezi Park protests, despite all efforts to protect the police with a shield of impunity, is finally the subject of trial, exactly nine years after, as a result of our persistent legal follow-up. The trial process, which started again with the decision of the Constitutional Court on violation of rights in September 2021, finally turned into a lawsuit, and on June 30, the trial of the policemen who used violence against me will begin."

BİÇİCİ: NEW DEVELOPMENTS IN THE SHIELD OF IMPUNITY

dokuz8NEWS Editor-in-Chief Gökhan Biçici commented on the decision, "At a time when some of our friends who were prominent figures during Gezi Park protests were sentenced to long years in prison unlawfully, this decision may not even be a consolation, it is our common wish that our friends be freed immediately. The initiation of the prosecution of a group of police officers and their superiors is an important development as it intensifies and breaks the ongoing impunity shield."

Emphasizing that the first hearing to be held on 30 June represents a new phase in their legal struggle for nine years, Biçici expressed that this phase will not be easy, and that the trial process will be attempted to be delayed. Gökhan Biçici said, "They will try to protect the police who are perpetrators of violence. If this is not possible, they will try to cover up the role of the political will that encourages these perpetrators of violence and even sends them against the people and journalists with specific instructions," adding that they are also prepared for a long new legal struggle process.

Biçici continued his words as follows: "The point that should not be forgotten is that this case is not about the violence that a group of police officers have perpetrated against me arbitrarily. This case is against the systematic attacks on the freedom of press and expression, which continued increasingly during and after Gezi Park protests. It will be a case of defending the freedom of the people and the right to access information. When the issue is handled in this dimension, I also think that this case can play the role of an icebreaker at a time when Turkey is advancing towards a new political period, albeit painfully. We are aware of this and no matter how many years it takes, no matter how long. We will not hesitate to follow this process until the end, no matter how difficult it may be. At this point, of course, we need the support of our friends, professional press organizations, human rights institutions and the entire democratic public." 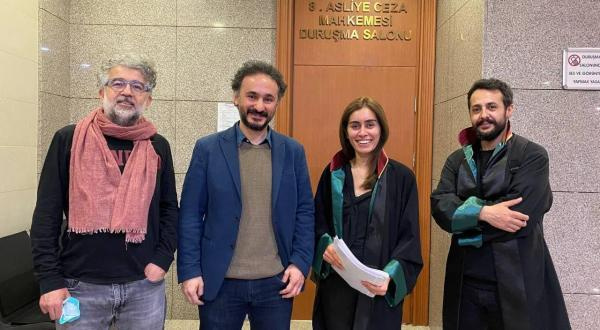 Reporters Without Borders (RSF) Turkey Representative and Bianet Media Freedom Rapporteur Erol Önderoğlu said that the fact that journalist Gökhan Biçici was able to bring the responsible police to court almost a decade after he was battered and taken into custody, "is comforting but also leaves a bitter taste on the palate". "The file shows that, as in the Beyza Kural decision, without the Constitutional Court conviction of the prosecutors' offices, violence against journalists is not investigated effectively and impunity is practiced as a rule. Fortunately, the fact that journalists do not tolerate injustice and the Constitutional Court's effective position in this sense makes the arbitrary police interventions visible to media representatives," said Önderoğlu, adding that it is not expected that the responsible public officials will be severely punished in the long process that the government and some public institutions are involved in the threat environment on journalists." 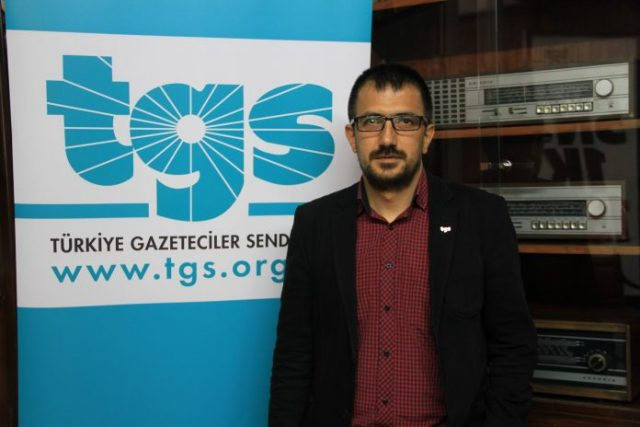 Reminding that nine years have passed since the Gezi Park protests, Gökhan Durmuş, Chairperson of the Journalists' Union of Turkey (TGS), said: "In those days, journalists were trying to do their job under intense assault and pressure. Although nine years have passed, the government's anger and resentment towards the Gezi Park protests has not ceased, and neither has the pressure on journalists. Heavy sentences were given in the Gezi trial just three weeks ago.” Durmuş stated that as a result of the persistent pursuit of Gökhan Biçici, who was attacked by the police during the days of the Gezi Park protests, the assailants would appear before the judge and said, "This was the result of a very important insistence and follow-up. We demand an end to impunity for attacks against journalists and the severest punishment of the assailants." 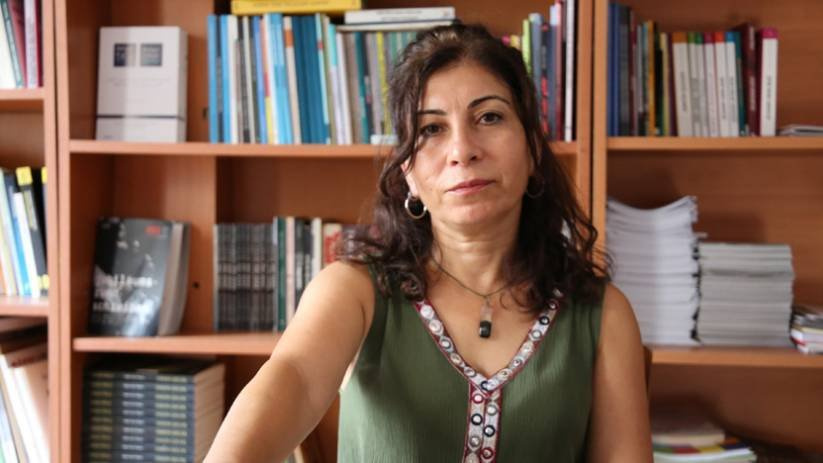 Human Rights Association (İHD) Istanbul Branch Chair Atty. Gülseren Yoleri, on the other hand, stated that this decision revealed two situations: "One; that the thickness of the armor of impunity in crimes committed by state security officials and that the judiciary is instrumentalized by removing it from the law in the practice of impunity... Two; No matter how thick this armor is, it can be pierced through persistent struggle."

Yoleri, who stated that in thousands of similar cases, after appealing the decisions of non-prosecution, the legal process was not followed with the idea that "However, the perpetrators will not be punished", continued her words as follows: "Concerning this case, it is also important in terms of questioning this pessimism and related inaction. On the one hand, significant progress has been made, on the other hand, there is still a long way to go until the day when the perpetrators will receive the punishment they deserve. Continue to struggle." 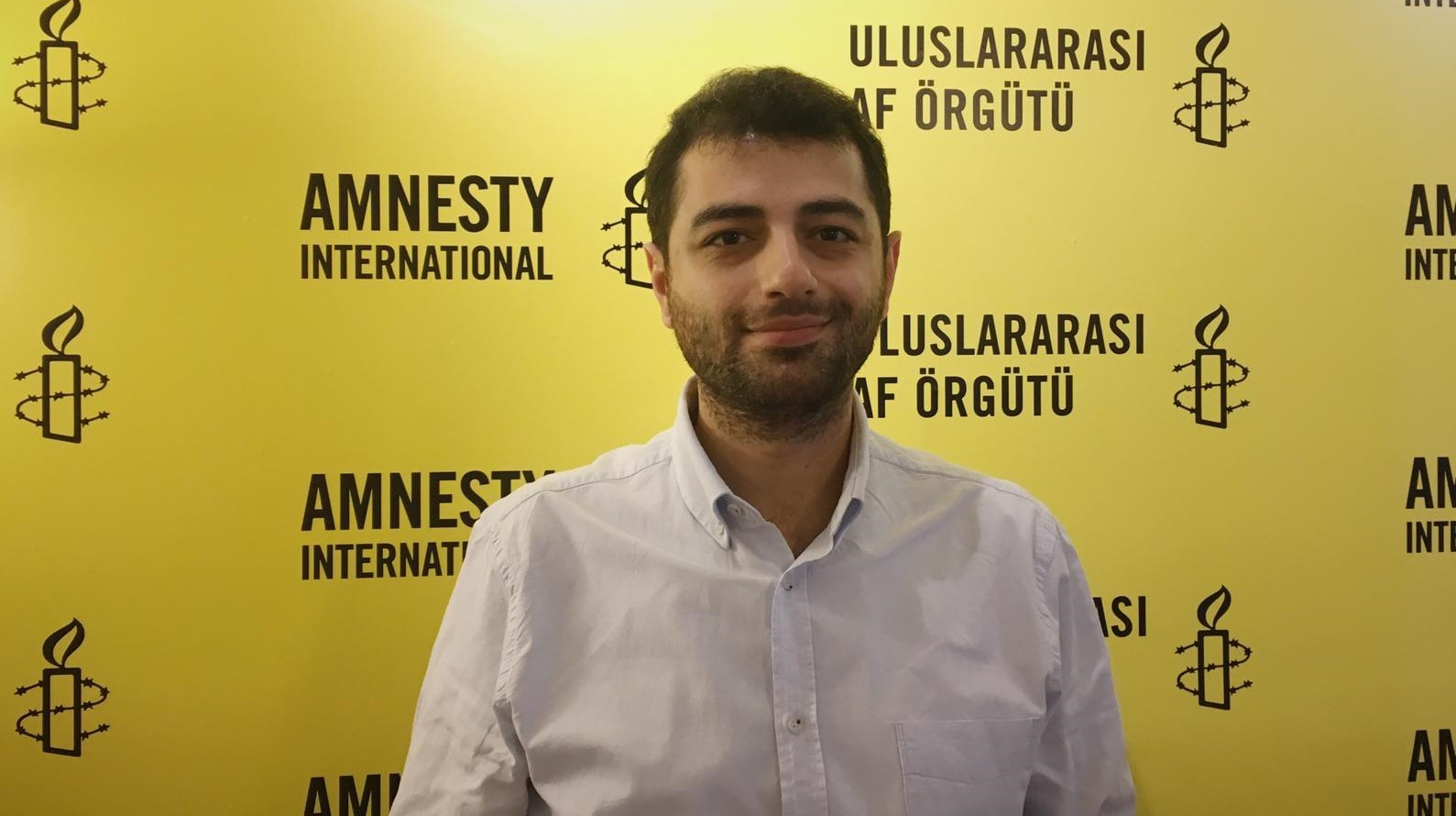 AMNESTY INTERNATIONAL: “WE WILL BE AT THE COURT”

Tarık Beyhan, Amnesty International's Campaigns and Communications Director in Turkey, said that it is positive that the police violence that Gökhan Biçici was subjected to, will be brought before the court, but that it is sad that it took nine years. "The effort made a month ago to unlawfully convict civil society people who were not associated with a single crime should have been made to bring those who perpetrated violence against peaceful protesters in Gezi Park and journalists like Biçici to justice," said Beyhan. The organization stressed that it would be in court to observe the trial.

GÖKHAN BİÇİCİ CASE: WHAT HAD HAPPENED?

Journalist Gökhan Biçici was taken into custody after being handcuffed and beaten by the police while he was lying on the ground in fetal position, while he was following the Gezi Park Protests on 16 June 2013. Despite Gökhan Biçici's criminal complaint, which was kept on hold, a decision was made that there was "no basis for investigation."

In its decision, the Constitutional Court emphasized that "there is no record or image showing that the applicant personally resorted to violence or resisted law enforcement" and that "there was no evidence that would lead us to think that physical force was used due to the applicant's own attitude", paving the way for the resumption of the legal process. Although Biçici stated that he could "identify these people", the Constitutional Court considered "the fact that the investigation was not initiated ex officio and immediately, sufficient effort was not made for the investigation, and the identity information of the law enforcement officers could not be identified in the available footage" as a violation of rights. The decision of the Constitutional Court thus paved the way for the resumption of the legal process. 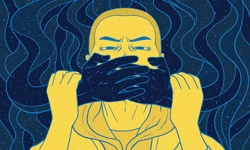 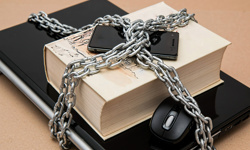 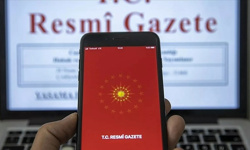 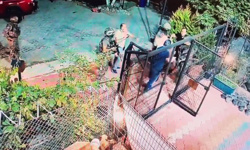 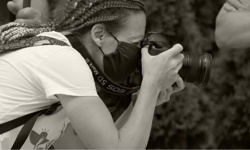 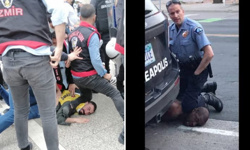