TÜGVA-Leaks: Members of pro-government foundation were placed in government positions

It turned out that TÜGVA members were placed in government positions in a planned manner with a particular program. The chair of TÜGVA called it “exposure”.

It turned out that TÜGVA (Turkey Youth Foundation) members, founded by Bilal Erdoğan, the son of AKP leader and President Erdoğan, and still managing the Presidency of the High Advisory Board (YİK), were placed in the government positions through a particular software program.

CHAIR OF TÜGVA CALLED IT "EXPOSURE"

Journalist Metin Cihan revealed the documents regarding these irregularities, about which he was informed by a former TÜGVA member with an email. “That man acquired the documents from the inside and is exposing them,” the chair of TÜGVA Enes Eminoğlu, whose name is mentioned in the email sent by the former member, said in a program he attended. These words of his are regarded as a confession by the public.

I WOULD HAVE TITLED "PARALLEL STATE STRUCTURE"

The statements of journalist Metin Cihan, who announced the incident on his Twitter account, are as follows:

"If I had published the TÜGVA documents as a newspaper article, I would have titled 'parallel state structure'. Everything that is described as FETO, especially the army, police, and judiciary staffing based on religious abuse, is also present in TÜGVA. Moreover, the records of the persons are kept down to their identity numbers. The Excel list is longer. I am sharing only a part of it, to be able to share visually. I hope it is readable. I taped names, ID numbers, phones, but I'm sure these lists are in other hands as well."

"Those who are happy with their friend at court today may have a hard time tomorrow. You take the children to the community dormitory and then send them to the military police forces. It's a familiar story. New-season. TÜGVA version."

In the email sent to Metin Cihan by a former TÜGVA member, the following statements are involved:

"There was a program called ERP that TÜGVA used, and which was downloaded to the phone. Afterwards, this program collapsed, and it was not clear who had the identity information of millions of people. This program depended on the population registration system. When you typed the person's ID number, all the information appeared. That's when I decided to leave the foundation. There would be a link, connected to this address, that link would be sent once, and the person would enter the details of the position they wanted to be assigned. Then, this list would be sent to a more authorized unit, after being evaluated by Esad Erdoğan, Enes Eminoğlu, İsmail Emanet and Faruk Duruş. Many of the people in these lists were appointed. What I have sent is just a part of it. ın this email, there is also a correspondence about the harassment of a girl. Currently, these works are carried out by İbrahim Beşinci, who oversees the organization, and his team. They collect and process data from provinces. İbrahim was on the agenda before; about getting a salary from Bağcılar Municipality and not going to work. All these people working in the foundation work in institutions. I will list them all."

"The Excel list is longer, I am sharing only a part of it, to be able to share visually, and I hope it is readable. I blanked out names, ID numbers, phones, but I'm sure these lists are in other hands as well," Metin Cihan tweeted. The lists published by Cihan are as follows: 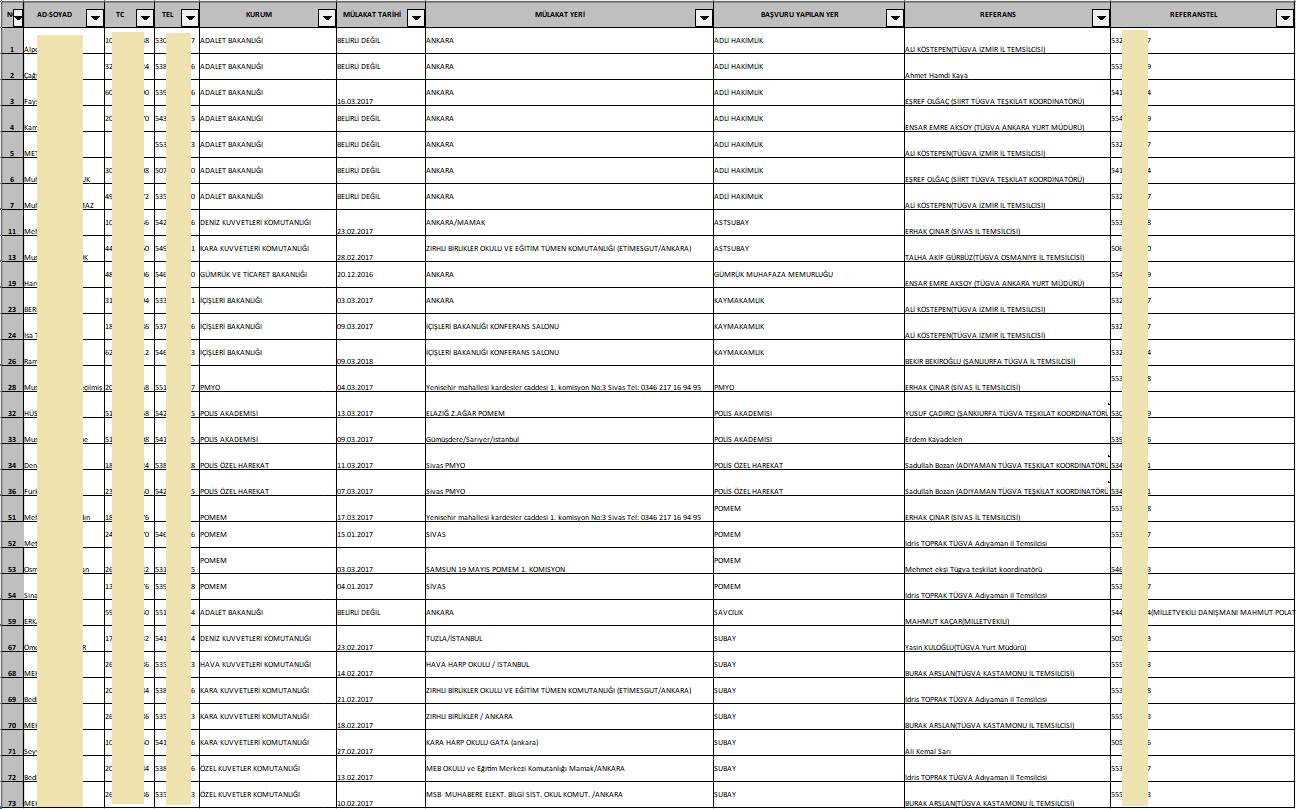 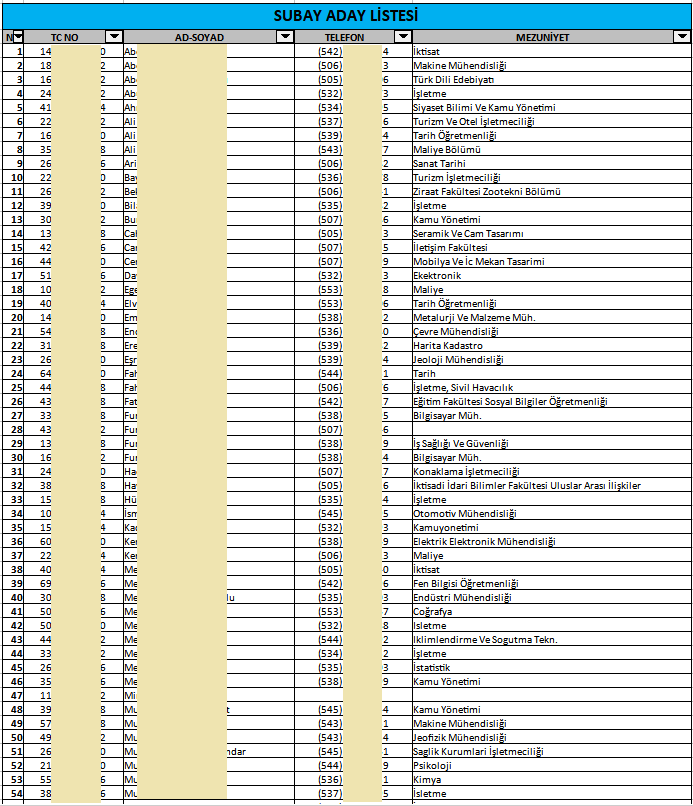