Governing Justice & Development Party AKP in Turkey continues its "crusade" on the rainbow which they believe only represents the LGBTI+ agenda and is morally incompatible with the conservativ...

Governing Justice & Development Party AKP in Turkey continues its "crusade" on the rainbow which they believe only represents the LGBTI+ agenda and is morally incompatible with the conservative government's values in Turkey. The Board of Advertisements as part of the Ministry of Trade has issued a directive which bans selling of rainbow themed products and any material containing LGBTI+ symbols without the 18+ adult content logo, due to claims that this would negatively impact the children's 'normal' growth.

The anti-gender conservative agenda in Turkey continues to deepen steadily, after years of struggle among the LGBTI+ communities when holding Pride Week events as gender-activists continue to stand trial in multiple cases and governing alliance's politicians make statements against the symbolism revolving around the LGBTI+ identity. The most recent step has come from Turkey's Ministry of Trade as the Board of Advertisements declared that it is illegal to sell products that contain LGBTI+ symbols including rainbows, without a 18+ [adults-only] product warning logo. Four suppliers were given fines for online sale of products containing the rainbow without a warning of adult content because this implied LGBTI+ rhetoric that attempts to negatively change social morality order and cultural behavioural patterns in the society. The claimed violations reported on the Ministry of Trade's website under the decisions of the Board of Advertisements with the date 11 November 2020, decisions numbered 104-105-106-107. The complaints received concerning the products sold on e-commerce sites include t-shirts, towels, mugs, glasses, phone covers that had the rainbow image on them or writings such as "love is love", "peace, love, pride", "LGBT", "Pride", "LGBT Power", "Equality, Freedom, Lesbian, Gay, Love is Love", "Normal".

The board announced that many complaints were filed to the ministry because of concerns related to "normal" bringing up of children in society due to moral concerns of distressed consumers who searched for "LGBT Pride" on e-commerce sites and came across the products with rainbows on them. The complaints were taken into consideration as part of the 2015 regulation on Trading Advertisement & Unfair Commercial Practices, Article 24 regulating the advertisements directed at children, on paragraphs a-f, which concern the advertisements that might negatively impact children's physical, mental, moral, psychological, social growth, and attempts at changing cultural, moral, positive social codes.

The ban on rainbow and LGBTI+ symbolism in commercial activities was signed by Deputy General Manager of the Ministry of Trade's Consumer Protection & Market Monitoring Department Oğuz Şahin with the note, "we expect the widely used e-commerce sites to take necessary measures across and show utmost care concerning the sensitivities in question."

Previously in Turkey, French-founded Turkish-fostered clothing chain-store brand LC Waikiki's Turkish adminisration was reported to have issued a homophobic directive to its stores announcing that any LGBTI+ symbols including the rainbows and unicorns would be removed from the shelves, in order to not encourage the gender-justice agenda activists in the country. Having previously used the rainbow colors for the company's logo, this had created a contradiction for the company. While LCW had caused reactions among the progressives in Turkey's society, another French company 'Decathlon' had celebrated the Pride Week activities by changing the company logo with a rainbow themed one, which caused reactions from the anti-gender conservatives.

?️‍?The company then responded to criticism and boycott, "we are sorry to see the reactions to our post. We are against all kinds of discrimination." pic.twitter.com/O6jvSPdbfV — dokuz8NEWS (@dokuz8news) June 5, 2020

CALLS FOR WITHDRAWING FROM THE ISTANBUL CONVENTION

Over the summer as many AKP politicians -alongside many islamist preachers- chanted for Turkey's withdrawal from the Convention Action against Violence against Women and Domestic Violence -better known as the Istanbul Convention- AKP vice-chair and member of parliament representing İzmir, Hamza Dağ had come out against the rainbow colors in İzmir. Dağ had shared a manipulated image claiming CHP İzmir Metropolitan Mayor Tunç Soyer is subliminally propagating LGBTI+ agenda, in comparison to previous CHP mayor Kocaoğlu’s term. AKP’s Dağ tagged the CHP İzmir mayor Soyer asking “what message is this?” implying that the rainbows represent the LGBTI+ movement.

?AKP vice chair & İzmir deputy Hamza Dağ then continued to criticize CHP İzmir Metropolitan Municipality for the colorful columns at the entrance of the municipal building, claiming "colorful colours have an implication of the LGBTI+ which legitimizes pedophilia & incest." pic.twitter.com/ht1LtBIjNI

RED CRESCENT CHAIR HAD DRAWN THE SAME PARALLEL BEFORE

Previously the head of Turkish Red Crescent and International Federation of Red Cross and Red Crescent Societies (IFRC) Vice President, Kerem Kınık had also published a message on the Pride Week in 2020 implying an equation between the LGBTI+ individuals and pedophilia by saying “We will not allow human-pride be trampled. We will defend the creation and our children’s spiritual wellness. We will continuously fight against anyone that penetrates into young minds claiming it at modernity in the dreams of pedophilia, presenting abnormalities as normal through communications, disturbing the healthy creation. There is no such thing!”

#Pride2020 In a statement, IFRC said that it condemned homophobia and hate speech of all kinds and stood in solidarity with the global LGBTIQ+ communities; adding that "the views expressed by Dr. Kınık do not represent the views of the IFRC".https://t.co/6vfQGqBlAj pic.twitter.com/wtKUM4C1ZU 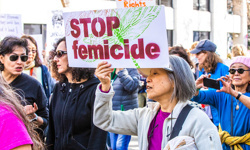 4 women killed by men in one day 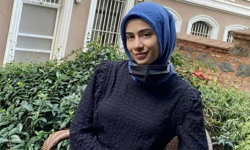 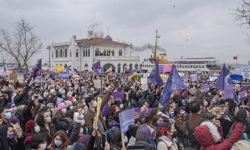 At least 6 cases of femicide detected in 24 hours, amidst withdrawal from #IstanbulConvention 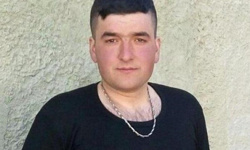 Violence against Women: The State, The Women's Movement and Twitter, and the case of Musa Orhan 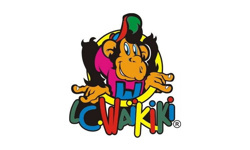